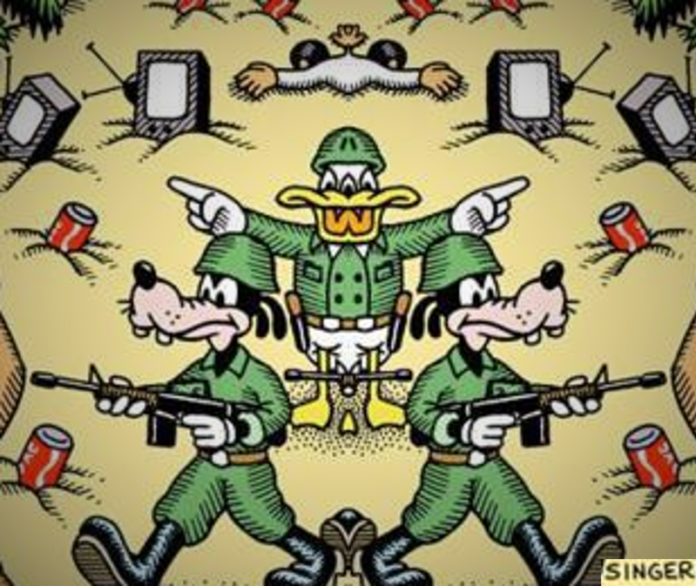 The media here is terrible. On broadcast TV, the old and awful auditory shows seem to have given way to the far more worse genre of crime reporting: a prime vector for pathological reactionaries to spread their hypocrisy. Arguably, the death of children’s programming helped expose them to this shit, among other types. (Incidentally, I’ve heard plenty of people complaining about this, but none who noticed that, if there’s no profit in it, children are just plain abandoned). National works, as always, boil down to soap operas and the occasional mini-series on Globo. Foreign programming of the worst quality and lowest cost possible seem to have increased, despite that one law forcing them to show something that isn’t canned US refuse.

Which brings me to music, of which there’s little, because it feels like it has been completely taken over by assembly-line, created-by-committee “sertanejo universitário” and “forró universitário”. All guys with fucking identical voices singing identical hackneyed lyrics about relationships, and women with grave voices which, not coincidentally, sound exactly like the divas who hog the music scene in America. Even their fucking names are generic, I swear I can’t tell them apart.

As for cultural events, it boils down to performances by these hacks and American movies and… that’s about it. And the, I don’t know quite how to put into words, the mentality of the people has been dominated by a Frankenstein’s monster of evangelicalism, coach culture, multi-level marketing, cult of entrepreneurship, and an ‘everyone are writers’ mentality. (I love this term; it refers to these supposed writers who no one ever heard of but seem to make a living doing nothing but speeches and workshops about how to be a writer). There are all manner of incestuous scams involving “quantum vibrations to actualize the timeline in which your success is optimal”. On second thought, this isn’t a Frankenstein’s monster at all, because they’re all intimately related. I have no doubt that it has all been part of a deliberate cultural domination strategy executed by Atlas Networks and the like. I guess it’s what is being called “hybrid warfare” nowadays, which honestly sounds itself like a foreign, pointless term to something that has long existed. Nonetheless, this charlatanism market has reached such a level that coaching might be banned, and there are talks to ban the abuse of the term “quantic” as well. 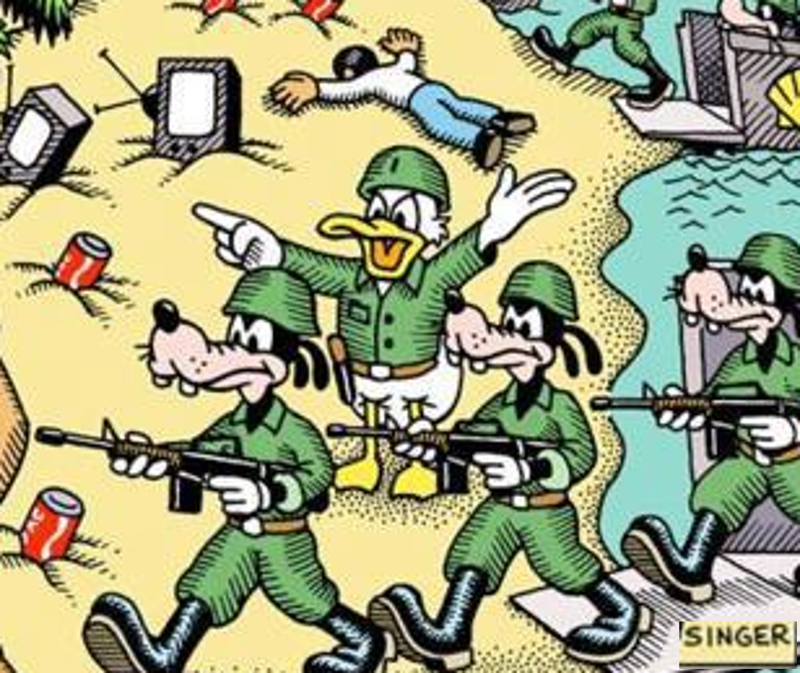 This is another aspect that seems to make our current scenario a completely new and unpredictable morbid symptom. It wasn’t enough to dumb the people down, Porky had to deprive the dumb people from culture and knowledge as well. The golden age of Brazilian music from decades past? Gone. Modern rock and pagode bands? Gone. Brazilian humor shows? Almost gone, soon to be replaced by stand-up comedians and American shows. That brief national identity of a people finally starting to get its shit together and take its place in the world scene? Gone. Brazilian folklore and traditional art? Gone. Even fucking truco is gone, replaced by poker, have you noticed that? I recall how I used to be a lonely kid because I was the only one interested in gringo crap like comic books, sci-fi and shit and always bemoaned that no one else sharing my hobbies. After I grew tired of it, everyone else then adopted it while completely forgetting Brazilian culture. A real monkey’s paw wish. I wanted people who shared my interests, now I can’t get away from them. The old mutt syndrome? Even that is gone. That term doesn’t apply anymore. We are now flat-out bastards. Porky has thoroughly bastardized the Brazilian people, the way old fashies said.

And yeah, I know they were spooked idiots who thought in idealistic terms, but that’s the rub: the superstructure has suffered a change in nature. Now that the infosphere is inescapable and the superstructure can be affected directly, the bastardizing which fascists talked about is now actually possible. Not only possible, but has already been done successfully, and we’re the “success story” in this entrepreneurship class from Hell. “How to be a soul day-trader”. American porkies were looking to buy, our porkies were not just eager to sell but dreamed of it, the transaction was made, and here we are. Soulless is a fitting term both collectively and individually for us now, isn’t it? We’re completely apathetic politically, and our daily lives are infested with the refuse shat out by America. We lost or culture and adopted none in its place. This can’t even be said to be American culture at all. Even the morbidly-obese, hyperconsumerist, scooter-riding hillbilly American dressed in an XXXXXL t-shirt in the likeness of their flag larger than the actual flag, is above us. He has a sense of self, debased and full of lies as it is. But he has one. We don’t. Not anymore. We picked the chewed-up bones of the greasy fast-food meal he ate, and thought ourselves his equal. We’re a cargo-cult of that hillbilly, worshipping that debased mockery of a human being. We saw him and thought “hmmm, yes, this should be the future of our society”. And we didn’t even notice until it was too late, we we sure as fuck didn’t have a choice. Porky did it, via his media — I think it’s important not to single out the media, because it’s just one of bourgeoisie’s weapons. And if you were to state this lack of choice in your part to them, they would say without blinking: “you always had the choice not to watch.” Vote with our remotes, eh? 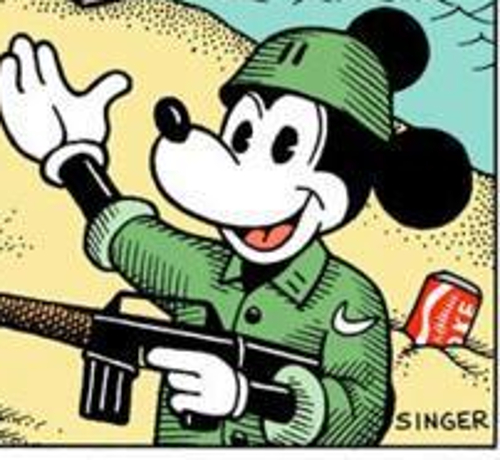 These things range all the way from deliberate to accidental. This morbid symptom of political detachment is definitely the latter. Porky is used to crafting hyper-reality, after all, but in a perfect example of hubris, he overdid it and unravelled the fabric of the fucking universe. As for flooding us with the lowest foreign pop culture in existence, it’s mostly that he just doesn’t give a shit and does it because it’s far cheaper than actually, God forbid, creating something. Notice the comprador nature of our elites manifests even regarding cultural products. However, given the menagerie which rose to prominence these past few years, I think no one can disagree that for part of the scum, turning the whole country into a colony is very much a deliberate project, if not a wet dream. A bigger part still seems to be satisfied with making us only culturally dominated, instead of completely. Have you noticed how JN seems to always dedicate several minutes to US news, no matter how uneventful the day was? I can’t forget this time when they reported on a tornado having ravaged Bumfuck Town in the midwest, as if that doesn’t happen almost every damn week.

So then, this seems to me like a completely unseen state of affairs in human history. A people deprived not just of their culture, but any culture. I have absolutely no idea how or if this can be reversed, nor, failing that, what other morbid symptoms will follow. How do you unbastardize something? How do you fix something which isn’t even there anymore? And this, I think, plays into my baffling conclusion that an armed conflict seems both inevitable yet impossible. As far as my meagre imagination goes, the only way to have a culture back would be a genuine, no-holds-barred, profound revolution, the sort that upends not just governments or even mere States, but entire paradigms and worldviews. Only this, I think, could fix this situation. To kill the soulless Brazilian and give birth to a new one. The likelihood of it happening, however, is near zero. A massive ass-fuck revolution is what we need and deserve, but only God knows we will get. Until then, we’re a soulless creature, a shambling construct of dead parts. It’s not that charlatanism culture which is a Frankenstein’s monster, that is just our not-soul, the ineffable animating principle which keeps that pathetic soulless thing somehow alive, even though it should not be. We are that monster.

Addendum: The generalized dumbing-down of society,

My gut feeling is that Porky realized, God only knows when, that capitalism’s race to the bottom would, sooner or later, apply to society itself, and figured he might as well direct that to better serve his interests, because he sure as hell isn’t giving up his riches on account of something as insignificant as human progress. This plays into the right’s new tactic, of just lying nonstop and degrading all debate to a worthless cacophony. They abandoned the old practice of a carefully crafted hyper-reality, and instead weaponized the infocalypse, dumbing the people down in earnest, without half-measures. The survival of the old world always depended on keeping class consciousness from developing, thus their method has always been obscurantist, although to wildly varying degrees, but now it’s legitimate dumbing-down, no two ways about it. They’re deliberately destroying not just dialectics, but dialogue and social cohesion. It’s no longer enough to limit human potential, it has to be actively destroyed, because keeping the end of history situation going requires ever-increasing costs. Keep in mind that the eternal cycle of capitalism inevitably entails material change, which inevitably entails social change and, on the long term, this change is positive. To keep the cycle going while keeping us frozen in, it seems, 9/11, the right has to systematically fight human progress itself and, dare I say, human nature. And like I said, I suspect Porky is aware of this, and deliberately operating on this level.

In decades past, the American public debate was perfectly described by Chomsky: “The smart way to keep people passive and obedient is to strictly limit the spectrum of acceptable opinion, but allow very lively debate within that spectrum — even encourage the more critical and dissident views. That gives people the sense that there’s free thinking going on, while all the time the presuppositions of the system are being reinforced by the limits put on the range of the debate.” The hyper-reality created in that way still had to be recognized as consensus reality, which, obviously, isn’t guaranteed — the intense mobilization against the Vietnam War is a perfect example of the hyper-reality failing to be enforced. It seems that the new strategy, then, consists in making a consensus reality impossible, be it fictitious or not. They don’t have to bother enforcing a hyper-reality anymore, because there is no consensus reality to be overwritten by it. The result, I think, might cut deeper than Porky thinks, causing the aforementioned loss of social cohesion. We’re witnessing one of the results, the omninormalization, as any absurdity is taken in stride and nothing seems to elicit indignation nor enthusiasm anymore. I’ve said that incapability to create information from existing information makes, among other things, people incapable of judging things by themselves, but now I notice that this extends backwards and forwards in time, which is to say, people can’t see the connections between phenomena or entities which are clearly related. Events cease to be part of a chain of cause and effect, becoming completely independent from each other. The time factor ceases to exist in the public mind; society is frozen in the now, permanently at the point in time when you hear about the event but before having to take an attitude towards it. Complete passivity, befitting the end of history. I don’t think this effect was planned by Porky, but he can and does hire everyone he wants to do his thinking for him. God knows what cartoonesque evil plans are hatched in the minds of think tanks psychos. Bozo’s circus certainly shows that they don’t lack the intent and the sociopathy to do it. 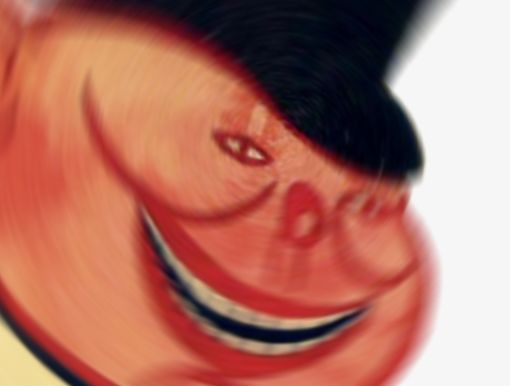