Home Americas Violence as Capital- A Letter from Mexico 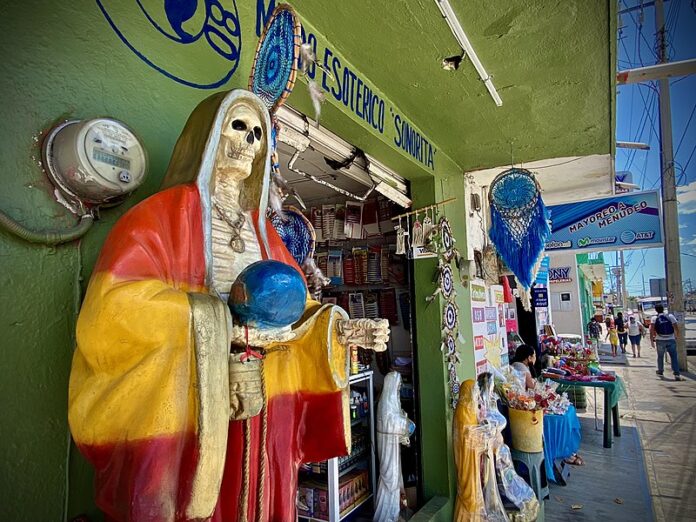 Though it was reported as a ‘brawl‘, what happened at the Queretaro vs Atlas football match this week can be more accurately described as a massacre. The fan club of one team suddenly attacked the opposing team’s fans during the match. Everything indicates that the events were premeditated, and likely coordinated with the help of the police. The attackers used weapons of all sorts, everything from ice-picks to guns. Meanwhile the victims had been very thoroughly checked as they entered, with even their coins being confiscated at the entrance. The governor is saying there are no deaths, even though it is abundantly obvious there are, with some putting the number north of 30. Allegedly, this is to protect the owners of the stadium that might be held financially accountable for the cold blooded massacre. Eye-witness accounts are absolutely horrifying and gut-wrenching videos are abundant. It is senseless to watch them, or for me to describe them.

Unfortunately, Mexico is no stranger to violence. Ever since the Dirty War, where the government set out to kill Mexican leftists, there has been a steady rise of death and disappearances. Bordering the US, Mexico has been at the center of its neighbor’s illegal drug industry and is aptly described as a “narco-state”, with the drug industry tethered to the formal economy, politics and politicians. During his presidency, the ultra-conservative Felipe Calderon waged war against drugs, with the almost inevitable outcome that drugs would emerge the victor. It has been stated under oath that president Calderon, now teaching at Harvard, initiated the war on drugs because he had made ridiculous demands for bribes that the famous drug lord Joaquin “El Chapo” Guzman couldn’t meet, something Calderon denies. Whatever the case, the war on drugs that he initiated amplified the violence to levels not seen in at least half a century, if not since the revolution, making Mexico one of the most unsafe places in the world.

Corresponding with the political, narco-culture is essentially a diffuse subculture where drug trafficking, warlords and organized crime are venerated. Narco-corridos, songs that tell tales of glorious and powerful drug lords are common enough to be heard on many radio stations, some songs are so ingrained in society that they are considered cultural heritage. Narcos, although technically referring to drug dealers, refers to organized crime of all types, with different levels of formality. The business ventures of the narcos is much more broader than simply drug-trafficking and also includes kidnapping, assassinations, money laundering, extortion, prisons, surveillance, iron ore mining and even sky scraper development companies.

As it is common with highly dangerous professions, occultism has a presence in narco-culture. These occultist beliefs are usually syncretized with Catholicism and other superstitious traditions. The most prominent figure of this rise in occultism is “The Holy Death” (La Santa Muerte), a figure that is said to provide protection and good fortune. The combination of the highly superstitious character of Mexican culture in general, and precarious and dangerous living conditions, particularly with certain groups such as LGBT, people living in dangerous neighborhoods, and people involved directly or indirectly to organized crime, has led to a growing rise of popularity of this figure. Veneration of the Santa Muerte used to be fused with Catholicism, but it is quickly becoming its own religion, one with close ties with organized crime.

Beyond the tangible surface of violence, the situation has taken a serious toll on how people live, socialize, and are politicized. People are forced to be careful with who they interact with, and how they present themselves: being too visible, for whatever reason, could mean putting a target on your back. There are countless stories of people murdered for honking at narcos, or kids killed because their parents resisted narco extortion. During the height of the Calderon war, night life was canceled because of the incessant violence and senseless killing of innocent civilians. For many Mexicans, COVID was the second time they had to fear socializing and nightlife was entirely off the table. The deep consequences of the integration and normalization of violence is a cancerous tumor that has completely metastasized.

Hand in hand with this atomization of society was the immiseration of the proletariat through different means mostly brought about by a mix of neoliberal reforms and government corruption. Besides the mass hunting of leftists by government and employer thugs, the conscious dismemberment of class-conscious unions known as “sindicatos rojos” (red syndicates) was another of these means. Class-conscious unions were replaced in almost all instances with employer friendly unions known as “sindicatos blancos” (white syndicates), and “sindicatos charro”, gangster-like negotiator unions that serve either the employer, the government, or the syndicate itself. This caused a downward trend in salaries, worker rights, funding to government programs, and other signs of successful class struggle. By 2017, the purchasing power of the minimum salary was 70% of what it was in the 1980s. In rural Mexico, the NAFTA (North American Free Trade Agreement) was responsible for a significant immiseration of the peasantry, causing a mass migration to the United States, either with temporary visas, or as undocumented workers.

As this was happening, the South America – USA drug routes were increasingly being controlled by Mexican cartels. With the demise of the powerful Colombian cartels in the mid 1990s, the Mexican cartels flourished like an opportunistic infection. By 2007, Mexican cartels controlled 90% of the cocaine entering the USA, filling an insatiable American appetite for drugs to satisfy their own insatiable appetite for narco profits. With these profits, the cartels had no trouble investing in capital, which in this case includes disposable employees.

Capitalism has always required a disposable army of labor to keep profits high and workers divided, but in Mexico, the highly expendable nature of labor makes precarity even more deadly. The cartels are never short of disposable employees, finding willing recruits in the ranks of the proletariat whose condition has only worsened amidst a culture of active violence. Here, death and violence are not mere byproducts of the production process, but narco-capital is infused with the grim logic of necroeconomics: death as a necessary, functional part of production. If Santa Muerte is the patron saint of narcos, who transmutes prayers into protection and prosperity, then necroeconomics is the dynamic that allows transmutation of the bodies of surplus laborers into profits. As conditions of laborers worsen, the profits of narcos grow, and power has only became more cemented, more integrated with the state, and harder to exterminate. For years now, Mexico has been the subject of this thunderous violence, gruesome displays of barbaric cruelty, and a complete disregard for individual life. Unfortunately, what was once a shocking tragedy has become a daily occurrence. We are no longer shocked by death, we are no longer shocked by mass graves.

This latest episode of football hooliganism is the direct result of this normalization of death in everyday life. Pockets of society have become entirely anti-social, capable of extremely heinous acts. The parallels with fascism, including the neo-nazis in Europe and the US are too uncanny to disregard: Mexican anti-social culture, Mexican narco-culture, street gangs, the rampant occultism, violent homoeroticism, complete disregard for human life, animal torture, etc. It is too simple to call this phenomenon an outburst of the lumpen-proletariat because of the ways in which narco institutions are integrated into the Mexican State and culture. This anti-social culture is vertical, present in all strata of society. It is this latent fascism that reared its ugly head yesterday in one big act of senseless violence. An act that surprises us only because it breaks the monotony of the daily beheadings and point-blank bullets to the forehead we have grown accustomed to. The only silver lining to this situation drenched with the gushing rivers of blood is that this latent fascism doesn’t have (yet) a theoretically cohesive, nor politically cohesive formation, at least not universally.

Yet, there are more and more incidences of jihadists, or warriors, or holy knights, or whatever you want to call them, where religious, or political motivations that go beyond pure profit are present (one of many examples are the cartel known as the Knights Templar, a group that comes with its own book of ethics). One can only shudder at the idea of one of these delusional narco-occultist organizations gaining enough traction through their ideological program to become a force that becomes impossible to deal with. Mexico could very well be incubating it’s own Al Qaeda, Taliban, or Azov battalion.

Mexico is once again returning to its peak of violence, perhaps it has already exceeded it. It is no coincidence that this is occurring during times of COVID, economic uncertainty and downturn, and a new party in power. There seems to be no fix to the violence in Mexico. All evidence suggests that the best the government can do is mitigate violence, something it is evidently doing poorly. The truth of the matter is that as long as leftists are being killed, as long as there is no working class for itself, as long as America is an imperial hegemon, then violence is here to stay, and we will sacrifice our lives to the Lord of profit Moloch. Mexico has become a fertile ground for the seeds of fascism to be sown; the seeds easily and continually germinate, but are, as yet, prevented from flowering because competition between cartels is so fierce and deadly. It is only a matter of time before a seed by mere chance will gain traction and blossom into an unmanageable fascism, while its deadly fruits will fall upon Mexican society.

Samael Mora is from Mexico and has been active in the Mexican communist scene for 5 years. In his spare time, you can find him organizing barbecues, programming, or out and about having a drink at the local pub. 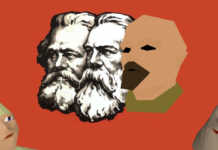