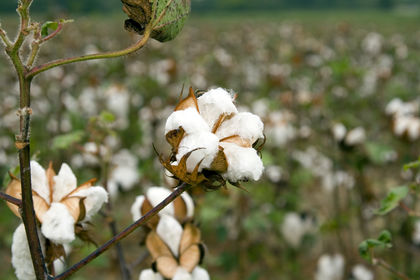 The story of the modern state of Sudan isn’t too different from that of other African countries born out of the pores of the old, bloated corpses of the European empires. Peaks of chaotic bourgeois democracy fraught with conflict between the liberal secularists and the reactionary Islamists stitched together by long, gruelling and brutal periods of military dictatorship, set to the constant backdrop of tribal wars and identitarian strife. At the same time, global capital sets the tone for dispossession and market alignment, its processes of extraction the cause and the effect of continual violent upheaval.

Caught in the crossfire, as usual, is the Sudanese peasantry – the bulk of the working class – who have been kicked out of their fields progressively over the course of a century of enclosures and illegal seizures of land, by either the bourgeois/military class or the highest foreign bidder. The gradual seizure of land from peasants and their rendering into either tenant farmers or pastoralist wanderers was done by the two power structures that dominated Sudanese life and politics for the longest time; the Military/Bourgeois class and the reactionary Islamist orders.

The latter is relatively less destructive and oppressive in that their existence and practices are being chipped away at slowly by tides of liberalism and their operations were limited to begin with, as they usually only ever expropriated the lands of the peasants and tribes that were seduced into becoming followers. One of these orders, for example, are the centralized Mahdist Ansars, a millenarianist eschatological order that used religious hysteria caused by the terrible material conditions of peasants under the Khedivate of Egypt and later the British empire to convince hundreds of thousands to forfeit their pastures and make Aba Island their private property and base of operations. In 1925 the head of the order Sayed Abdel Rahman obtained a lease of about 600 acres of land at Gondal for the growing of cotton. By 1933 he had around 13,000 acres under cultivation in Aba Island, the Funj, the White Nile and Kassala Provinces with an annual income estimated at between £15 000 and £40 000. On Aba Island alone he had a labour force of about 4500 tenant farmers who were only ever payed for their “soukhra” – arabic for service – with the bare means of subsistence for those who worked on a full-time basis and even less for those who worked part-time.

Enclosures and encroachment upon peasant land are of a much greater scale when conducted by the military/bourgeois class but followed the same pattern of reducing peasants to tenants on their own land or sending them to the Sahara. Yet their method of seizing the land is different. The scheme hinges on the fact that most Islamic property rights rest on the notions of Al Urf, a tacit understanding between the owners of the land, their neighbours and the authorities that this parcel of land is mine or ours, without any deeds or written legal proof of such ownership. Post-colonial authorities learned to abuse this non-written tacit agreement to enclose the lands of peasants and tribes who couldn’t provide legal proof of ownership from Colonial governments that did the same. Platoons of mercenaries and grunts scoured the banks of the Nile and its tributaries evicted peasants lacking deeds from the land and handing them over to the government to be examined and redistributed between corrupt bureaucrats, army officers, the collaborationist bourgeois class or foreign agents directly. This practice still exists to this day all over the Arab-Islamic world, albeit in a much more limited scope with the expansion of bureaucracy and a growing habit to get paperwork in order amongst the Sudanese people in particular.

One of the most glaring problems with Sudanese agriculture is its inefficiency at both export production and feeding its own populace. Despite having some of the most fertile soil in the world on both banks of the Nile river that runs across the entire length of the country, only 20% of the arable land is utilized. And so despite having the potential to be self-sufficient and even a true breadbasket, the country ends up importing more than 50% of its grain needs, and 26% of most of its other nutritional needs. This is a product of land mismanagement that in itself is a product of vestigial remains of the old feudal system where chieftains and local aristocrats personally own gargantuan swathes of land that are left fallow for decades. It also relates to the problem of foreign investors, who buy the land for intensive export orientated agriculture. We can count in feddans (the local land surface measurement, approximately an acre) 110 thousand owned by Bahraini nationals, 400 thousand to Kuwaiti nationals, 2 million to Saudi nationals and another 2 million to Egyptian investors. There is also a South Korean cotton processing company renting 400 thousand Feddans of land from the government on a 33 year long contract of course without the consent of the landed peasantry.

State projects too are exploitative. The Wadi Al-Hawad agricultural project, started in 2017 and allocated 2.4 million feddans of land, has been described as a national project, yet it was actually headed, planned and funded entirely by the Al Dhahirah Agricultural Holding Company, a farming and animal production company from the United Arab Emirates. This is a recurring pattern in Sudan and elsewhere in the third world, with supposed national projects done in the name of the people being fronts for the legitimization of quasi-imperialist holdings over local resources and labour.

Thus our analysis of Sudanese patterns of dispossession must caution against putting too heavy a causative blame on endogenous cultural forms. Islamic ideologies whether it be overtly religious land gifting, or the practice of Al Urf, help to shape the particular ways in which dispossession happens and the granular formations of certain classes, but they are nevertheless cultural resources exploited by capital, which seeks its own ends. Rather than blame these cultures for exploitation, we take a conceptual step back to see that their very prominence and particular modern calibration is brought into being by the needs of capital.

On paper, the expansion of foreign capital into the agricultural sector with its supposed promises of increased production, more efficient usage of the land and creation of jobs sound promising, but they have failed to deliver on even those simple projections. The Bank of Sudan in 2015 reported a steady decline in the productivity of agriculture, to be blamed on privatization and almost non-existent provisions for the support of national agriculture. Sudan is a country that imports billions in grain and other amenities, but whose corrupt bourgeois and military government spends only $600,000 on subsidizing and aiding local farmers while the best land is hogged by either parasitic landlords or foreign capital that only wishes to grow cotton and other cashcrops to export to Egypt for processing before they going on to global markets. Assaulted by capital and by serfdom at the same time, the Sudanese peasant is pushed out into the savannah and drylands, where they are forced into semi-nomadic pastoralist lifestyles in miserable conditions and all the closer to the dangerous war-ridden areas of southern Sudan and Darfur.

The causative link between privatisation and a decrease in agricultural productivity and priorities is at this point self-evident (see the work of Sudanese agri-economist Hamid Faki). Economic liberalism has been the dominant ideology for many decades now, and was pursued with particular vigour with the coming to power of General Omar Al-Bashir in 1989, who began his 30 year reign by rolling out the carpet for the World Bank and IMF. The twin devils of the global restructuring helped to usher in a reduction in state owned enterprises, the devaluation of Sudan’s currency and the promotion of an economy that produced export crops for the global market rather than for the needs of the people.

These global patterns of capitalist exploitation have grown from the deep roots of colonialism, and colonial logic continue to linger in the collective consciousness. Colonial Sudan, part of the British Empire enacted a familiar policy of reifying ethnicities in order to practice divide and rule. These colonial divisions of ethnicity and region have lingered not just in the collective memories but in the rise of the northern bourgeoisie that has dominated post colonial Sudanese politics.

These arrangements highlight the need to see modern imperialism as something more complex than one country exploiting another. Such an anthropomorphic representation of states elides the divisions within, that of the elites and the oppressed. Thus a bilateral relationship of extraction is initiated and serves the interests primarily of the elites in both countries. This is not to say that the working classes of the imperial core nation are equal to those in the peripheral state. Indeed the welfare systems of the global North rely on the extracted wealth from the periphery. Nevertheless, the working class of the core are not oppressors for they hold no power of capital as the continued retrenchment of those welfare systems shows. But it is rare that the Sudanese farmer or the Indian textile worker find anything more than vapid expressions of guilt from the Northern working class. It is the goal of twentieth first century internationalism to find ways to make concrete links of solidarity and mutual aid between the global working classes that goes beyond neoclassical models of charity.

We must also understand that relations of imperialism are not state-centric expressions of power on an anarchic global board. This is no great game anymore for the colonial powers. Their bidding is at the behest of capitalism which is structuring a systematic global project. At the level of surface appearances, countries compete with each other, but at the level of capital, they are functioning parts of variegated capitalism. Thus the story sold to Sudan by the IMF and World Bank, that restructuring was simply part of the pathway to development, was a myth, in such a system, they could not develop, for their own national capital had been positioned as an exporter in the wider system. 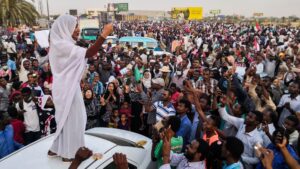 Epilogue
In Sudan, the Sudanese communist party was a considerable political force during the early post-colonial years, was brutally repressed and destroyed from the inside out and from outside pressure by dictator Gaafar Nimeiry, leaving only the disparate and miniscule Sudanese urban trade unions to advocate for their rights. Nevertheless, 30 years of neoliberal adjustment proved too much. In April 2019, amidst growing inflation of food and other basic goods, the people of Sudan rose up in protest and forced Al-Bashir out of the presidency. Currently power rests with the Sovereignty Council, a body made up of military and civilian representatives. Whether they will serve the people of continue to act as a filter for global capital remains to be seen.

Support New Multitudes’s global team of writers, artists and translators on our Patreon and follow us on Twitter