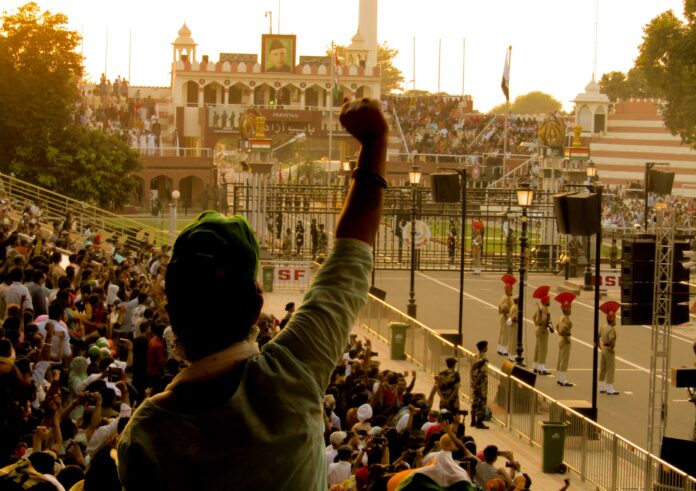 Author’s note: I have tried to educate with objectivity in this article, but the fact remains that some stories never stop hurting in the human heart. This is one of mine.

All of South Asia may as well be one difficult family. One can hardly find an adult who does not see themself in every other child, or a pair who could not be distant cousins. Families are sacred in our culture, one could say. Many children are raised with a reverence for their elder family members and expect to become their parents’ caretakers when they grow old. Yet families are as complex and difficult as they are beautiful, and there is as much strain and as many fights in a South Asian family as any other.

Pakistan, India and Bangladesh are their own difficult family. They are walking some kind of path together – even though we cannot see it so clearly. But family, nonetheless. Family means fate. Family means shared pain. Just like that of their citizens.

“There’s my not-me again, the one I could’ve been, drowned in a burka … My not-me’s eyes, brilliant and green decorating the pages of western // magazines. … My not-me Indian, worshipping a host // of different gods …”– National Geographic, Fatimah Asghar

Asghar’s poem sees herself in the shared struggles of many young South Asian women – Indian, Pakistani, Hindu, Muslim, Afghani, happy, sad, dead. Her not-mes are all of these young South Asian women with struggles shared or not, but always paralleled in one another. They are not Asghar, they do not live the same lives; but they just as well could have. They are all Asghar’s sisters, and they are also all mine. Her words remind me of my cousin-sisters (a cousin so close that they are in effect a sibling, a common touchstone in my extended family). My heart hurts to hear her pain in all of her elegant poems concerning Partition and growing up in a world echoed by this history, which is so similar to mine.

The setting of Partition was not a stranger to pain. Caste, religion, bad luck and pure stupidity had framed battlegrounds for lifetimes. But for the most part, it could not compare to what was to come.

For simplicity,  I refer to all of pre-Partition South Asia as India and also to paint a picture more accurate to the world at the time. While still a part of the British Empire, India’s religious groups already felt some pressure. The Indian National Congress of Gandhi and Nehru argued for a central, powerful state – and minorities were largely suspicious that they had Hindu interests at heart.

In 1939, the British Empire brought India into World War II. Many Indians felt that this was not right for varying reasons – India had not been given much of a choice in the matter. The Congress Party in particular pushed for independence on nationalist grounds.

Muslims were India’s largest minority (and are of course even today a significant part of the population and modern Indian culture) and had a reasonable level of minority protection under British rule.

As their fellow Indians clamoured for independence, many Muslims feared that their interests would be shadowed by those of the Hindu majority and groups that they favoured, resulting in the loss of their special protections under the British. Their concern grew after WWII, seeing the rhetoric of Hindus like those in the Congress Party – particularly in the influential and largely Muslim regions of Punjab and Bengal. This resulted in the All-India Muslim League of Muhammad Ali Jinnah growing in size and influence, which eventually facilitated the creation of a state for Muslims alone.

In 1947, the British abandoned British India after stripping all of the wealth possible from it. In doing so, it was split into two dominions: India and Pakistan. At the time, Pakistan included what is now known as Bangladesh. Before this point, the subcontinent was as unified as it was divided – home to dozens of regional, ethnic, religious and linguistic groups, the quintessence of diversity, but still one people in many ways.

Partition displaced nearly 20 million on simplified religious grounds. Violence and suspicion tearing apart even the closest of cousin-siblings apart. Ethnic and religious minorities were sent away from their ancestral homes because their religion no longer matched that of the majority.

Many people who set out for a new home never made it there. That number is currently estimated at about 2.2 million people. Women were abducted and raped. Many of those eventually recovered refused to return to their families, fearing that they would not be accepted.

Cyril Radcliffe became the joint chairman for the boundary commissions for the Punjab Province and the Bengal Presidency without ever having been to India before. He drew this meaningless line which destroyed so many lives in less than forty days. (One can easily see a parallel with the Berlin Conference’s random squares across Africa.)

The line of Partition was nothing more than a line. Not a natural border of a river or a lake, but an abstraction that Radcliffe drew with little love. How can one cut an ocean? Gravity will force it back together. The peoples of South Asia also fall back to the ground together, never to be kept apart. But after so much suffering and conflict, they cannot fall back together with a loving hug; the border is rather a militarised hell.

India and Pakistan struggled immensely to accommodate the refugees, and they continued coming. In 1947, a war was fought over Jammu and Kashmir – disputed territory even today – which sent even more refugees across the border, and they continued to trickle into the 1960s.

Conflict continues in Kashmir, which is frequently under violent lockdown from the Indian authorities – curfew, media and communications blackout and military presence are all familiar in the region. Many in South Asia even fear nuclear war when tensions flare up – both Pakistan and India have nuclear weapons.

Muslims remain a meaningful part of the Indian population, but they are often mistrusted and accused of collaboration with Pakistan. In 2002, there was a three-day period of intercommunal violence in Gujarat, south of Punjab. Officially 1044 people were murdered, 790 Muslim and 254 Hindu. Killings and rapes were brutal as the landscape was destroyed.

The riots began with the burning of a train of Hindu pilgrims, which many – including current Indian Prime Minister Narendra Modi – declared as a terrorist attack. As retaliation, Hindus began to attack the homes and businesses of their Muslim neighbours. The government participated in the coordination of these attacks by revealing Muslim targets, and the police refused to aid those in danger (and sometimes even attacked those defending themselves). Unfortunately, the violence continued between Hindus and Muslims for several months, once again damaging trust.

Once can also look to the BJP to see that Muslim persecution in modern India is not limited to the bloody extremes. Prime Minister Modi has pursued a Hindu Nationalist ideal since 2014, when the Hindu Nationalist party BJP won a majority in the lower house of parliament, Lok Sabha and again in 2019.

In December 2019 the Citizenship Amendment Act came into place, fast-tracking citizenship for Hindu, Sikh, Jain, Christian, Parsi and Jain Afghani, Pakistani and Bangladeshi migrants. This was the first time religion has been applied as a criterion for Indian citizenship, and the act explicitly excludes Muslims, bringing into question if Muslims can really be Indian under this regime.

Modi’s government simultaneously aimed to complete a National Registry of Citizens (NRC), which was previously used in Assam in the 1950s to classify residents as Indian citizens or Bangladeshi migrants. In 2019, Assam’s register was updated and excluded 2 million people from citizenship. This set a precedent of proving Indian citizenship, but many do not have the necessary documents; Muslims classified as migrants are also not eligible under the Citizenship Amendment Act. This can result in statelessness for Muslims who should simply be Indian.

In modern Pakistan, the proportion of Hindus to the rest of the population is much smaller; however, the situation is not good either. For example, during the Coronavirus pandemic, Hindus and Christians were refused aid, relief and rations reserved for Muslims.

Hindu women in Pakistan are victims of forced conversions and marriage, and religious minorities exist on the margins of society with extreme persecution.

A country with a jagged gash never goes well. There are many examples to look to other than this one; West Germany and the DDR, maybe. Many know that families and friends were separated and could not see one another except on holiday; those taken away from each other by Partition could not see one another, but the violence also resulted in them no longer wanting to. Or one can consider our Irish brothers and sisters; split and occupied by the British just the same, perhaps because of Catholicism or perhaps because of Protestantism. But perhaps it is not religious hostility that has manifested a divide, but a divide that has manifested religious hostility, which in turn, becomes an unbreachable otherness.

Punjab in particular suffered something no homeland should. In the west, Punjab became Pakistan’s Punjab province, and in the east, it was the State of Punjab of India (later split into Punjab, Haryana and Himachal Pradesh).

All were entrenched in such fear and violence that it could be seen as a type of genocide – nearly no Hindus and Sikhs survived in Pakistani Punjab, and just as few Muslims survived in Indian Punjab.

“you’re indian until they draw a border through punjab. until the british captains spit paki as they sip your cha, add so much foam you can’t taste home.” In Partition, Asghar gives an image of the pain – the Muslims of Punjab were Indian, simply dragged from their homes. And the Hindus and Sikhs were too. This was not a place of national borders. This was one whole region which should never have been anything else.

Many politicians, political parties and common people at the time also opposed Partition, including the Indian Communist Party. Many saw that they had a shared identity which could persevere in a free and united India.

It gives little utility to blame the British empire, but I nevertheless struggle not to scream and cry from their violence 75 years later. The Partition is even today a bloody gash in South Asia’s terrain, even as we have hoped for healing for decades. Many things are not fair, but certainly our history is one of them.

I don’t know if I am really the only one. Of course I would like to believe otherwise, but there is so much fear and anger. Even while South Asia takes some tenuous steps forward in fields such as women’s rights or queer rights, we are shocked by how little has progressed with regard to religious or caste discrimination. But to whom do I pray? To Allah, the Hindu pantheon, Buddhist philosophy, Catholic saints? To whomever comes with a bandage strong enough, I think. They all have their kingdoms in the area, after all. Or maybe I find my peace in secular philosophy, humanism or Marxism; perhaps these philosophies give liberation in a different way. Over a billion have suffered from this tragedy. It is time to heal our world.

-Buggle is a young ML who lives in Denmark. They are currently studying Danish and otherwise enjoy writing, art and reading. 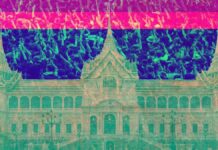 Are Protests in Thailand a Colour Revolution? No 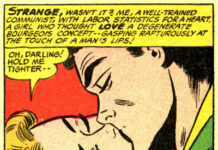 Moderate Rebels say the Tatmadaw are the good guys!? is this the worst take on Myanmar yet?