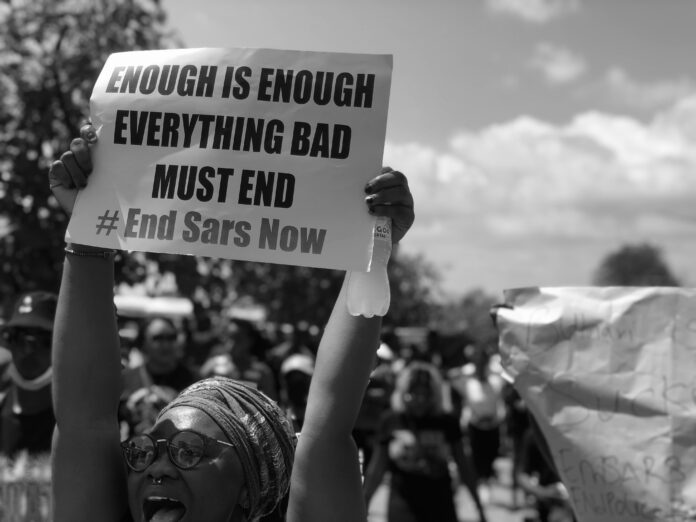 Looking around Nigeria, it is quite a tough toil to define what the middle-class is and who the Nigerians are that fall into this group. Despite the term currently being over flogged in both the Nigerian academe and the fourth estate, I define the middle-class in Nigeria as the intermediary social class between Nigeria’s elite class and the country’s massive poor class on its social strata.

The upper middle-class are the second sub-section of the intermediary social class in Nigeria. With the closest proximity to the elite class, thanks to their high educational level attainment, high wages and kinship membership in traditional society, the upper middle-class are wage earners who have little to no control of the means of production and mostly sell their highly sought out labor in order to maintain their relatively high standing in Nigerian society. The upper middle-class comprise of; highly sought-out professionals (doctors, lawyers, architects, accountants, auditors, bankers, engineers & IT professionals), macro level entrepreneurs, mid-level manufacturers, senior civil servants and upper-level corporates. The majority of the upper middle-class in contemporary Nigerian society are home owners, have relative control of means of production, predominantly; land and real-estate properties, and wield considerable level of regard if they engage in political discourse. They mostly sell their expertise to the Nigerian elite class and have been observed to be easily sympathetic towards them; a key set-back to attaining class consciousness in the intermediary class of society.

From a Marxist perspective, the coming together of the lower middle-class and the upper middle-class through class organization and class consciousness will lead to an emergence of a stronger resistance to the oppressive political socio-economic elite class in the country.

The Nigerian middle-class saving Nigeria would entail its radicalization into an anti-establishment people group. Nothing works until the people are re-sensitized on just how the system is engineered against their survival.

As we have seen from various social justice movements in Nigeria spurred by social media activism since 2014, the easiest set of Nigerians to get riled up, get politically educated and get politically organized are middle-class Nigerians.

The ENDSARS movement was predominantly buoyed by Nigeria’s middle-class. They (middle-class) are literate, they can organize within themselves easily, and have socio-economic security unlike Nigeria’s extremely poor population bloc. It is through the Nigerian middle class that the massive pauper class in the country would also attain needed consciousness.

You are probably asking yourself “how?” as a follow-up question to the preceding sentence, and rightly so. My simple answer to that expected question is: class proximity. As a Marxist and a social scientist using my upcoming book as a socialist praxis for the revolutionary transformation of Nigeria, I have analyzed Nigerian society using Marxist analysis.

The Nigerian pauper class are largely illiterate, easily docile and economically susceptible to the machinations of the political establishment. Whenever the government wants to disseminate information or exert control over them, they do so, using its middle-class allies at local and state government levels and it works all the times. We recently saw this during their brute thawing of the ENDSARS nationwide protests in October 2020 — this has also been the case according to Nigerian historical empiricism since the aftermath of the civil war, till date. Hence, by educating and radicalizing the middle-class which is the crux of every single socio-political et economic revolution, class proximity ensures that the consciousness trickles down to the lowest but largest stratum on Nigeria’s social strata.

Saving Nigeria is no easy task. But neither is it beyond the capacity of Nigeria’s middle-class. For decades now, the Nigerian elite class under both a military and liberal democratic governing structure has outsourced the core of its knowledge framing and policy ideation responsibilities to the highly educated bloc of the middle-class. It is no doubt that Nigeria is in its current dysfunctional state partly because the middle-class has allied with the culpable oppressive class instead of allying with the oppressed poor class.

However, the middle-class has a unique opportunity to firstly salvage itself from eternal condemnation by the angry poor class and then subsequently, salvage Nigeria. It can do so by first understanding its culpable roles in providing intellectual and technical cover to the oppressors. It must also do so by collectively organizing with Nigeria’s poor and vulnerable population through mass political education outreach, providing poverty alleviation support, providing livelihood support and offering unfettered solidarity at all times. Nigeria’s poor are watching intently and if the middle-class fail to ally with them, their inevitable uproar against the oppressive status-quo will eat every single one of us.

NB: I appreciate feedback in the forms of fierce polemics and criticism — please feel free to do so.

Basil Abia is the author of the forthcoming book After the Revolution, what next? (2021) This article was originally published on his website which you can visit here.

New Multitude is an online journal for the global left with news, analysis and translations from across the world. If you appreciate our work, please consider subscribing to our patreon. 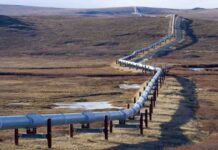 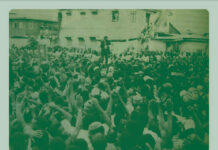 A Brief History of Nigeria’s Left