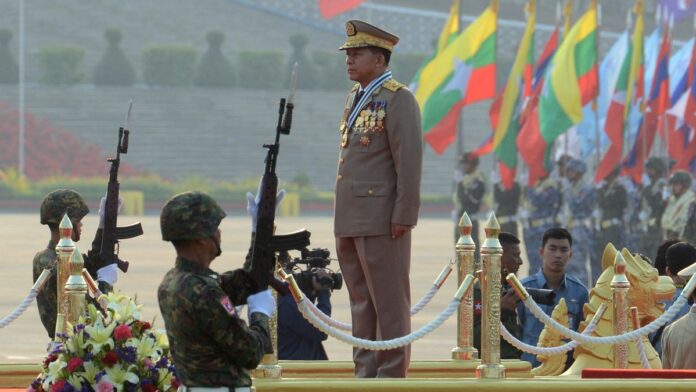 It’s taken 10 years for the veneer to finally fall off Burma’s military-backed democracy. The military’s made its intentions clear in the early hours of Monday morning. It had had enough. A huge election in November 2020 win by Aung San Suu Kyi’s NLD. Talk of economic reforms targeting military businesses and amendments to the 2008 Constitution was enough to crack the façade and reinforce the military’s fears of the huge election approval for the NLD.

Monday [February 1st] was to be the opening session of Burma’s newly elected parliament. Instead the country’s President Win Myint and State Counsellor Aung San Suu Kyi were detained along with national and regional political leaders, activists and National League for Democracy officials.

Armed soldiers controlled city streets, the International and Domestic Airport, phone services and a wide range of media outlets were forced into silence. Internet coverage was restricted. Checkpoints and armoured vehicles reinforced and made the military’s intentions clear.

Civilians were told via the military run Myawaddy TV the coup was necessary because of cheating in the November 2020 election, won massively by the NLD – it secured 396 seats out of a possible 476.

In an official statement the military claimed as both the Government and Electoral Union Commission “failed to address the causes” it was the military’s “undeniable duty to exercise article 417” and 418 of the constitution and to declare a state of emergency for one year.

A government insider told Karen News (on condition of anonymity) that Myint Swe, a former Army officer and now appointed by the military as acting-president, will pick ministers with military backgrounds to offset any attempts at economic reforms that would strip the military of its businesses or amendments to the 2008 Constitution that would curb the military’s power.

So far the military has failed to offer any evidence of voter fraud during the 2020 elections. The military’s derailment of Burma’s fledgling democracy has been slammed by some international governments and organizations, including the US, Australia and the United Nations. The response from Burma’s neighbors has been muted and dressed in platitudes not-to-upset.

“No matter if the military stages a coup or not, the power is already in their hands. For us ethnic nationalities, whether the NLD (National League for Democracy) is in power or the military takes power, we are still not part of it [there’s no sharing of power]. Our people are the ones who will continue to suffer from this chauvinism.”

Karen soldiers fear the coming dry season will see an escalation of conflict as government soldiers launch offensives in an attempt to take control and grab resource rich ethnic land.

Editors Note: This article was originally published in Karen News. And is republished here with permission. Follow Karen News on Facebook for more up to date coverage of the situation in Myanmar from a Karen perspective.